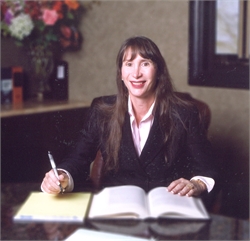 Ashley A. Baron attended the University of Southern California Gould School of Law and graduated in 1981 with her Juris Doctorate Degree. She was a member of the U.S.C. Law Review Staff and was a Notes & Articles Editor on the Entertainment and Communications Law Journal. She was the Winner of the Nathan Burkan Memorial Copyright Competition and the U.S.C. Louis Brown Client Counseling Competition. Ms Baron was also invited to participate in Moot Court. Ms. Baron was a member of the Phi Alpha Delta Legal Fraternity and the Christian Law Society. Ms. Baron passed the California State Bar on her first attempt and was admitted to practice in all courts of the state of California in 1981. She is a member of the State Bar of California and belongs to the Business, Litigation and Employment Law Sections. Ms. Baron is also a member of the Orange County Bar Association and is a member of its Litigation and Employment Law Sections. Ms. Baron was admitted to the Ninth Circuit Court of Appeals and the Northern and Central District Courts of the United States in 1981.